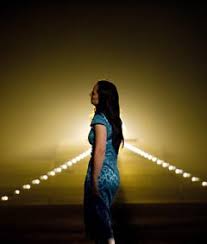 Christoph Willibald Gluck - Telemaco, ossia L’isola di Circe
Theater Basel
Anu Tali, Tobias Kratzer, Freiburger Barockorchester, Tomasz Zagorski, David DQ Lee, Agneta Eichenholz, Solenn’ Lananant-Linke, Maya Boog, Christopher Bolduc
Basel, Switzerland - 24 June 2011
Gluck’s Telemaco, ossia L’isola di Circe (Telemachus, or Circe’s Island, 1765) comes at an interesting point in the composer’s career that has historical significance as well as great musical interest for its place in the opera repertoire. Written during his Italian period, while the composer was still forming his ideas for the reform of opera, Telemaco (dramma per musica in two acts) sits between two important operas (Orfeo ed Eurydice and Alceste) that – in their later French revisions at least – would transform opera, taking it away from empty stylisations and displays of vocal virtuosity towards a more dramatic form of opera as we know it today. The groundwork towards this reform can already be clearly seen in the lesser-known Telemaco.
Even though it still adheres largely to the opera seria form, with drama played out in semi-recitative and fluid continuo (with no harpsichord), the traditional longer arias express the emotions felt with some repetition, but there is nonetheless a restrained simplicity to the arrangements and a clear focus on the drama, with no unnecessary da capo adornments. Most of all however, there is a sense in Telemaco of the wonderful humanism that Gluck is able to find in the human drama unfolding in this particular episode of Homer’s Odyssey and in how he brings it out through the music with a naturalness and fluidity. That’s wonderfully apparent in the playing of the Freiburger Barockorchester conducted by Anu Tali (a rarity seeing a female conductor in the pit) at this production for the Theatre Basel in Switzerland. 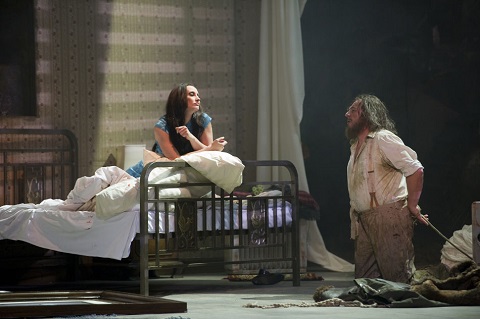 Tobias Kratzer’s staging for this production boldly went for a few modernising reforms of its own, seeing Odysseus as a WWII fighter pilot who has been brought down and is now held captive with his crew by Circe on a tropical Pacific island. The opening scene where Penelope receives and rejects her suitors in a late 1940s drawing room in Ithaca, Odysseus having been missing for six years, is then violently transformed into a jungle, vines bursting through the walls as Telemachus vows to go in search of his father and bring him home. Played as a dual role, Penelope quick-changes into Circe, the madame of an Asian brothel, Penelope’s ladies in waiting dropping their knitting and stripping down to sirens in slips that hold Odysseus and his men in their power.
Quite what the intentions were in the modernisation, in closely relating the two worlds and in the division of Penelope/Circe is difficult to judge (this is a very rare opera and I can find no recording of it in existence, or even an English synopsis of the original libretto – although the subject is a familiar mythological one, done many times in opera), but it certainly creates an interesting contrast to consider. What is less in doubt however is the ability of the music and the singing to draw the human drama out of the story. 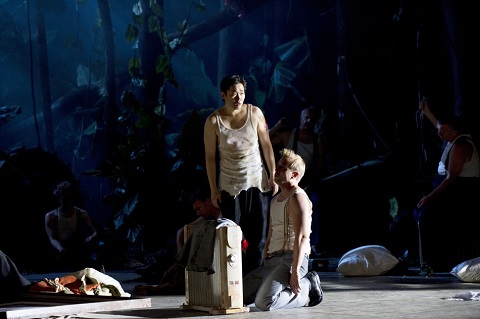 As Odysseus, Tomasz Zagorski was a strong and commanding tenor, with clear Italian diction. In the alto-castrato role of Telemachus, Canadian countertenor David DQ Lee came into form wonderfully in Act II during his vision of the death of Penelope, bringing out the full extent of the nature of his character and his conflicted feelings. Agneta Eichenholz was a little inconsistent as Penelope and Circe, but the dual-role is clearly a challenging one. The heart of the opera however would seem to lie in the character of Asteria and in her relationship with Telemachus. It’s in her transformation from a nymph through her love for the son of Odysseus, and coming to be recognised as a sister by Merione that the most powerful and human moments are expressed in the opera, and Maya Boog captured that wonderfully, particularly in her heartbreaking Act II aria, but it was also evident in the fine ensemble work of the cast and the chorus as a whole.
Composed as a commission for the Hapsburg monarch and Holy Roman Emperor, Joseph II and his wife Maria Josepha of Bavaria, who had just come to power after the reign of his mother Maria Teresa and attempt to usher in modernising reforms, there are evidently parallels and guiding principles brought out in Gluck’s Telemaco (much in the way Mozart opera seria La Clemenza di Tito was written for Leopold II in 1791), but regardless of the setting in antiquity, in the time of Joseph II, or in post-WWII, the qualities and strengths of this rare opera are timeless and still relevant, as is Gluck’s prototypic al vision of the modern dramatic opera.
Posted by Keris Nine at 19:19