You might think after last year's cancellation on account of the pandemic that the Buxton International Festival might be inclined to play it safe this year, both in terms of health measures and in the choice of programme. The former was taken into account as far the wearing of masks and distanced seating, but the latter concession to programming Sondheim's A Little Night Music was already part of a plan to reach out and extend the audience for the festival. The only real programming concession was to select works that could be easier to rehearse and stage should lockdown conditions make things difficult, and the choice of Malcolm Arnold's The Dancing Master could hardly be said to be made as a popular attraction. It turned out however to be a very astute and entertaining selection.

It's not just that Malcolm Arnold is very much under-represented and unappreciated in his own country - reason alone for an English opera company to reassess and revive interest in his work - but The Dancing Master itself is something of a true obscurity, a lost work that failed to get produced when it was composed in 1952 and was quickly forgotten even by the composer who just went on to the next piece of work (Arnold among other commissions always in demand for film scores). Based on a 1671 play by William Wycherley in the classic Restoration comedy style, the submission of the piece as a TV opera was rejected by the BBC who found it rather too bawdy for their audience. Arnold never found a place for it and the opera was never to be performed in his lifetime or indeed, ever fully staged until now. So this would be quite a coup for Buxton if they could pull it off, and they have form in that regard. 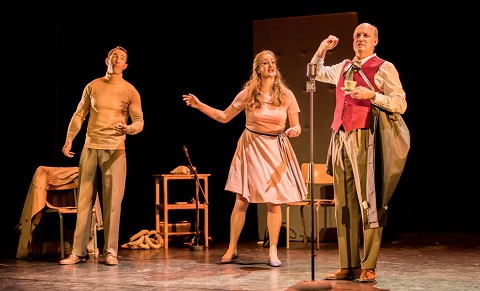 Rather than see the likelihood of regulations for mask wearing and social distancing as a potential restriction, the director Susan Moore works with it and, mindful of the opera's troubled past, chooses to stage the production as if it were being produced by the BBC; not as a TV opera, but as a radio opera. Or perhaps more like the standing at microphone recording of a classic 1950s comedy show like The Goons. It's a great idea that plays well enough, although a decision has been made somewhere along the line to have it semi-staged as well - a device used also at Buxton this year (less effectively, I feel) in Acis and Galatea.

This does complicate the idea of it being a stand-up radio recording, but there is limited scope in that idea and it's probably just as important that the intention of the work is not too much removed from its original source material to the extent that it seems like it is being played in a distanced way. The Dancing Master might be a little dated but it deserves better than to be treated ironically, as Arnold's opera and Joe Mendoza's libretto have genuine affection and feeling for the setting and character of the original play. Moore's production for Buxton unquestionably attempts to do justice to that within the uncertain conditions of not even knowing what restrictions might be in place by the time this would come to be staged in July 2021.

The opera itself is well-balanced, almost through-composed to let the drama and humour and farcical situations flow easily, although there is room for some pretty arias and moments of reflection. The characters are likewise balanced, even if individually there are not characters of any great depth. The older people get the plum roles for colour and comedy; the Spanish loving Don Diego, his sister the prim Mistress Caution and her son, Monsieur Caution with his French affectations. The young lovers Miranda and Gerard just want to be free to make their own choices, but are forced into employing schemes to cover their tracks. So when Gerard is caught in Miranda's room, having climbed a ladder in search of a woman who has stolen his heart at first glance, he is forced to pretend that he is a dancing master, even though he has no dancing skills at all. 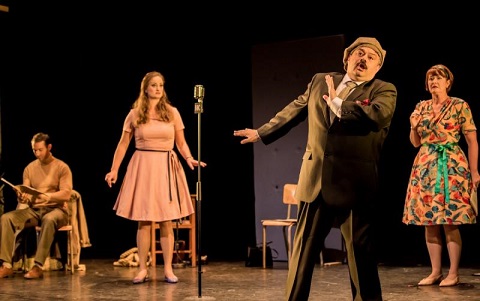 "Farce ensues" is the outcome and that is usually the sign of great entertainment to be had, particularly when there are ladders at windows and in some cases plenty of doors and wardrobes for hiding involved. This is far from the sophistication of The Marriage of Figaro however and the farce in The Dancing Master is much less complicated, almost entirely built around the fact that the supposed dancing master cannot dance with the only "twist" being that Miranda's father knew this all along. There is however some delightfully silly dialogue and preposterous pomposity. More than the plot or the characterisation, what is most enjoyable about the opera is Arnold's breezy score, which is deceptively light but far most sophisticated than it appears on the surface.

It's also enjoyable for the singing which presents some fine arias for Eleanor Dennis as Miranda, for David Webb's rakish Gerard and for the flirtatious maid Prue played by Catherine Carby, but Mistress Caution has some great moments and is played very well by Fiona Kimm. Graeme Broadbent blusters around marvellously as Miranda's Father Don Diego and Mark Wilde has a great time flouncing around as "Monsieur". Conducted by John Andrews, the Northern Chamber Orchestra brings a lightness of touch to Arnold's score, making this undeservedly lost work a thoroughly enjoyable rediscovery. 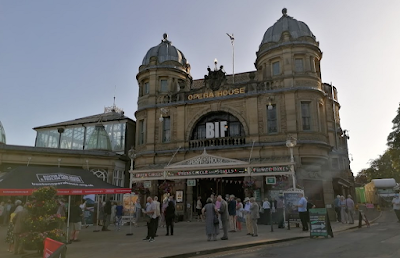 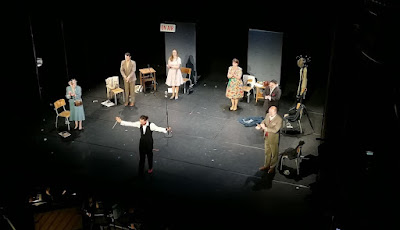