Although I had read up on it beforehand and was intrigued by the idea of a contemporary addendum that extended Purcell's 1688 opera Dido and Aeneas, I wasn't quite sure how this was supposed to work or how successful it would be. What was clear was that it's a considerable challenge to take on probably the most revered early English opera and dare to rework it. It was all the more remarkable to discover that the composer Errollyn Wallen not only managed to surprise in the manner in which she integrated the new with the old, but quite how successfully she managed to do so in Dido's Ghost.

It's not that Purcell is considered sacred and untouchable in any case. Only the bare bones of Dido and Aeneas have been passed down in terms of musical arrangements, and there are several lost sections. I've seen those compensated for in productions that have inserted other suitable Purcell pieces as well as included complementary music by some of his contemporaries. I've also seen Dido and Aeneas played without any significant additions and it has been none the worse for it, feeling in no way incomplete in its narrative or sentiments. I've also seen Purcell misused, in the case of Katie Mitchell and Raphaël Pichon's Miranda, so the warnings are there that you need to tread very carefully. 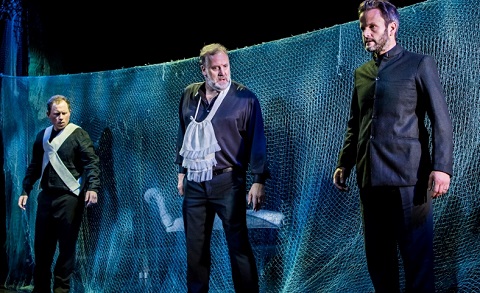 That has certainly been taken into account in the choice of Wallen and librettist Wesley Stace to set Dido's Ghost as a kind of sequel that looks back to the events covered in Dido and Aeneas. It's like a flashback but not quite, rather something cleverer than that. Using additional material from Ovid relating to Dido's sister Anna, the opera seamlessly blends past and present, just as the music blends past and present superbly. It doesn't attempt to mimic baroque style but even though it uses more contemporary instruments, including an electric bass guitar, the modern elements don't sharply contrast either but rather extend out on ideas suggested by Purcell and by the narrative itself.

One way of looking at it, as inappropriate and incongruous as it might seem, is the way that a rap song can take a hefty sample of a classic track wholesale as a hook and add something new to it without in any way diminishing what makes the original great. Rather than ruin the original in fact, it often gives it a new sense of life and purpose. Essentially Wallen does that with an entire opera, enfolding Purcell's Dido and Aeneas respectfully into a new context that doesn't just rely on the brilliance of the original or diminish it, but extends on it and - perhaps - makes it even greater.

In narrative terms, Purcell's opera is presented, somewhat in keeping with its style, acted out as a masque, Anna asked to relate for the Trojans in Italy what happened back in Carthage and how Dido came by her fate. It's hard for Anna to revisit those painful events, but harder still for Aeneas's wife Lavinia, jealous of Anna's similarity and connection to her sister. She becomes increasingly troubled the further the story of her husband's first great love is related and, in Hamlet-like fashion identifies with the story. Encouraged by Belinda, the Spirit of the Theatre, she takes her part in the masque as the Spirit of the Sorcerer and, becoming consumed with the role and the events of the story, she plots to kill Anna/Dido. 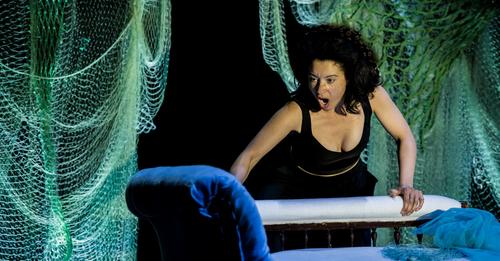 Rather than Purcell's opera being enfolded as a standalone piece within the bookends of a new opera - which would have been a valid enough idea - Wallen and Stace are much more adventurous, ambitiously weaving the two together. It works brilliantly, drawing additional subtexts out of Dido and Aeneas. It is perhaps a little dry in places and difficult to figure out when past bleeds into the present, but in the back of your mind you know that it's all building towards that incomparable climax of 'Dido's Lament'. That piece can certainly be the recontextualised with losing any of its power and beauty, working even in the Miranda setting, but putting the words in the mouth of Aeneas here, distraught at the realisation of what he has engendered, somehow even deepens the tragedy.

It's a stunning conclusion and the audience at Buxton responded accordingly, with huge cheers and applause when the composer took to the stage for the curtain call at the third and final performance of the work at the festival. Following their previous reworking of baroque opera into a new pasticcio context for Georgiana in 2019, this is another hugely successful and ambitious venture from the BIF, the festival continuing to support new and rare opera while also attempting to extend their range and audience.

The production was also hugely impressive in its musical performance and presentation, which despite the skill of the composer, couldn't have been easy for John Butt and the orchestra to blend the different styles of music and instrumentation. Aside from fine lead performances from Matthew Brook as an authoritative Aeneas and Idunnu Münch an impressive Anna, there was fine support and substantial roles for Nardus Williams, Jessica Gillingwater and Timothy Dickinson. There was excellent use made of a 12 person chorus, some of whom also provided secondary roles.

Director Frederic Wake-Walker would have had a challenge to separate or make evident the slipping between past and present and wisely chose not to, letting dreams, spirits and desires blend into this super-charged enhanced mythical reality. It was very much about establishing mood and character, using simple effects like a net curtain to symbolise Anna's transformation into a river that enfolds Aeneas at the conclusion. It may not become a canonical version of Purcell's Dido and Aeneas, but Wallen has nonetheless created a marvellous tapestry out of it, exceeding all expectations, providing a wonderful and thought-provoking evening at the opera. 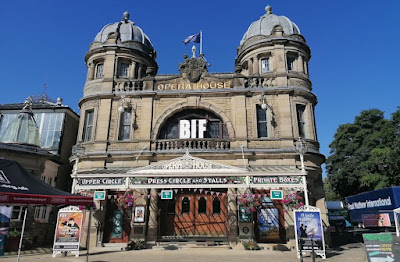 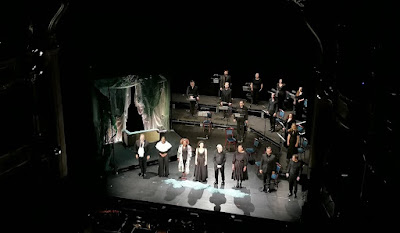